I was recently invited to sit in with a group of Port Townsend (PT) movers and shakers who want to create a support system for ensuring that PT remains a vital artistic community and moves in the direction of sustainable economic development, as well. My friend Walter Dill played host to this group of people he recognizes as having different pieces of the puzzle. After the meeting I was very excited about the possibilities that could arise, but the group was struggling to come up with a concise description of what it is and what it would accomplish.

Another important quality of the group was that while it mainly consisted of people who are successful in various ares such as business, art, crafts, community organizing and education. There was a very clear intent to utilize the entrepreneurial energy that most of us have demonstrated for the greater good, in the form of a cross fertilization of the for-profit and non-profit ways of thinking. It was a couple days after the meeting that I awoke with the following idea: 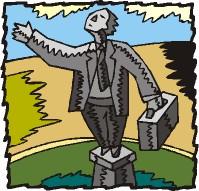 The Problem- The image of the solo Bootstrapper

We are in the habit of behaving as if our success is a by-product of our ability to act independently when, in fact, our success is really a by-product of the interdependent web of relationships within which our acts take place. Our society consistently points to the independence of actors in telling stories of success. The heroes own bravery, intelligence, quick wits, and feelings of loyalty are portrayed as the most important causal factors in the drama. As a consequence we have developed deeply ingrained habits that reinforce our perceptions of independence. We tend to value the qualities of personality and leadership that reflect independence from, rather than interdependence with others. Our culture has a phrase that elegantly sums up in one image this idea—when someone has succeeded on his own terms then he is said to have “pulled himself up by his own bootstraps.” And now it has become summed up in the term “bootstrapping.” We can imagine someone who is clinging to his own bootstraps and magically levitating or we can be more literal about it by picturing a fellow with a rope rigged over a pulley and tied to his bootstraps. What this popular image hides is that there is more at work than just the bootstrapper’s own efforts.

The Solution- The Village Bootstrap

Taking the bootstrapper image as a starting point we can see that one way or another there is something missing for it to be an accurate portrayal of reality. If we see the bootstrapper with a rope then in order to discover the whole story behind this scene we have to discover how he came by the rope, what’s supporting the rig and how did he put it all together. If we are literal then the mystery is only a matter of investigation, but the truth is that many of us are more imaginative and not quite so literally minded.

If we see a levitating bootstrapper then he seems to be defying a fundamental quality of our universe, thus in order to explain such a phenomenon we have to find a subtlety of the universe to fully understand how such an event could, in fact, happen. Fortunately, the only quality that he needs is an appropriate web of relationships. This is what magicians regularly rely on to accomplish the seemingly impossible. The subtlety of the universe is that the bootstrapper has discovered a basic magic trick, he has given us the impression of being levitated against the known laws of our universe because he put himself at the center of a set of relationships that we are not yet perceiving. Instead of drawing a large and obvious line from his boots to a mechanism he has utilized a large number of insignificant lines to accomplish the same feat. You can take this either the literalist way, such that he has devised a clever mechanism that we are not seeing (like fine, yet very strong threads, or you can take it more imaginatively such that he has simply tapped into subtle universal energies.) Either way, the bootstrapper is successfully giving off the impression that his efforts have elevated him from mundane reality into a more elite realm. The fact is that no matter what the causal factors are, it is true that he has achieved a significant feat, no matter how he accomplished it, because the average person will never levitate by any means. 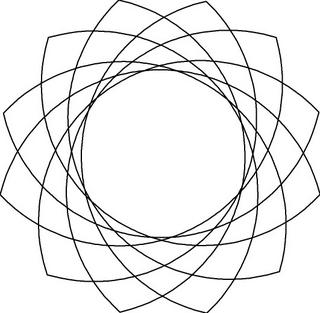 What we are trying to accomplish as a group is to create a process whereby levitation in the realm of creating a sustainable community becomes the norm rather than the exception. We see that we have a wealth of talents that have individually levitated and we want to not only tap into the subtlety of the universe for our collective levitation but also create a system for passing the skill of levitation on indefinitely into the future. We know that our individual successes are the result of our skillful positioning within the web of interdependencies and our challenge is to reliably guide ourselves and others into the right position time and time again.

The web of relationships that we live in is a dynamically changing environment. Sustainability in a web of interdependency is achieved by having the stresses and strains of change occur such that the connections remain intact throughout the process. Failure and breakdown occurs when the stresses are either so traumatic that the connections are immediately broken or else the stresses become static loads that eventually wear out the connections. We know that we have the talents to accomplish near about anything we commit ourselves to create, but what we do not know for sure is how to transform our current mostly independent ways into the ways of interdependence. We have become a group of reluctant independents and came together to discover how to become intentional interdependents. For me the personal question is whether I can overcome my habits of independence and surrender myself to interdependence? I don’t know yet, but I’m willing to give it a go.

This twelve pointed figure is an image that has fascinated Walter because unlike the standard dodechahedral star in which the lines each cross only nine other lines, when the figure is drawn with these particular curves then each line crosses twelve other lines. This figure is the metaphorical representation of what we are trying to create in community, how to use a subtle variation on how we organize our efforts to achieve a result that positively influences everyone else in the community. It is a good image for what a village bootstrap might look like.