Suicide and Mental Health Amongst Children and Youth in the USA

I am conducting a little research on the mental health of children and youth  in the USA. Just putting up some of what I found here. First, a history of suicide rates then historical data in other mental health indicators.

The one above is historical data extracted from a chart that had other age cohorts included. The next one is from a separate paper by the same lead author in the same year but breaks out the same data into two age cohorts.

Next I grabbed data from the CDC and plotted the charts myself. The first two are basically updates on the above charts with the data going from 1981-2015. 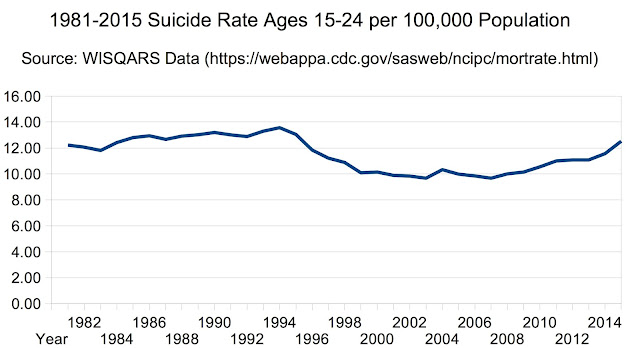 Above is the 15-24 data to match the top chart, below is the matching cohort data except with the addition of 10-14 data.

Finally, I wanted to see the detail on the children aged 10-14. 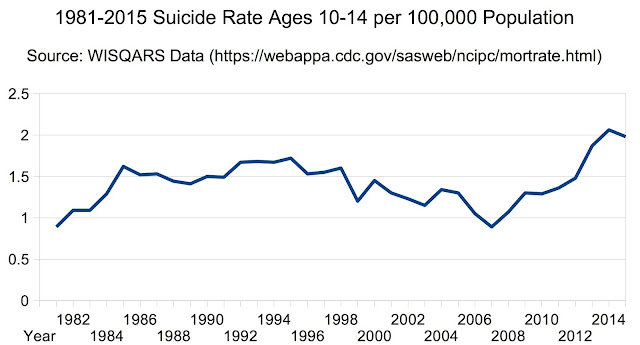 Finally, I want to note the major trend points:

Here is some more data on a different measure of the mental health of youth. Locus of control is an important measure of how a person perceives their situation. A more internal locus of control is healthier while a more external locus is unhealthy. These charts are from meta-studies conducted by Jean Twenge. Source: It’s Beyond My Control- A Cross-Temporal Meta-Analysis of Increasing Externality in Locus of Control, 1960–2002 by Twenge, Zhang, & Im (2004) 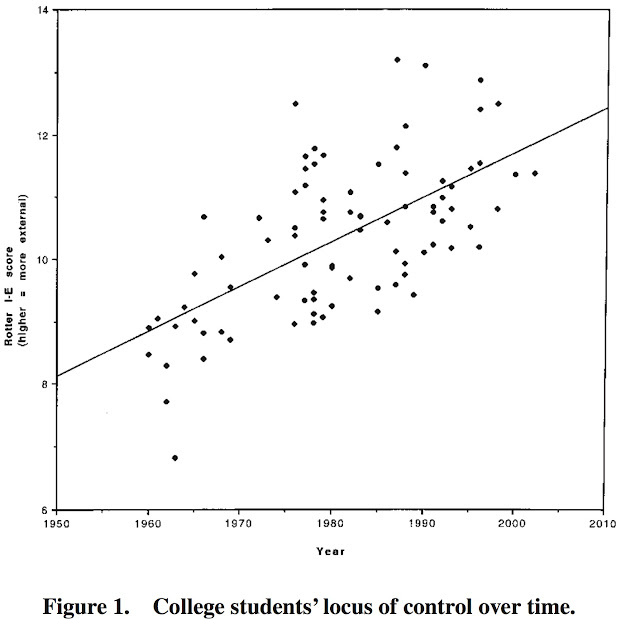 The reference to "children" in the second LOC chart below the authors are referring to high school students. 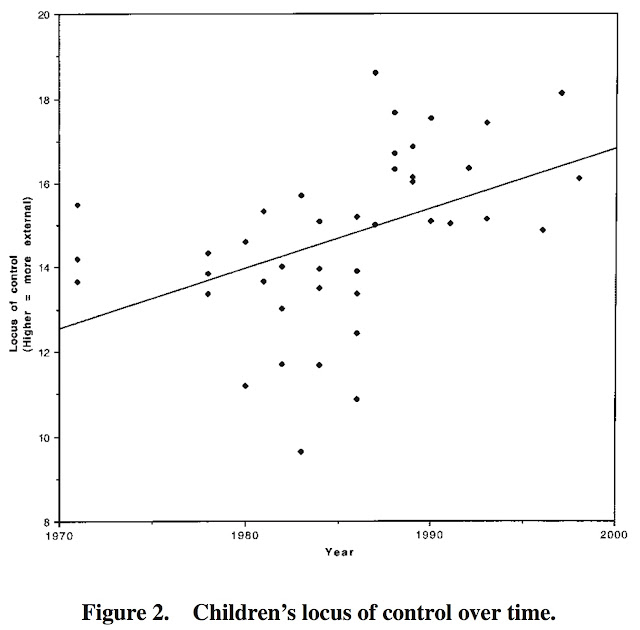 Here is an excerpt from another Jean Twenge meta-analysis:


"Two meta-analyses find that self-reports of anxiety/neuroticism have increased substantially from the 1950s to the early 1990s. Thus, the larger sociocultural environment—an influence on personality beyond genetics and individual family environment—has a considerable effect on a major personality trait. Samples of college students between 1952 and 1993 show increases on four different measures of anxiety and neuroticism. Study 2 replicates this increase for samples of schoolchildren, showing that sampling bias was not responsible for the college-student results. Both meta-analyses find that self-reports of anxiety increase about one standard deviation over 30-40 years, explaining about 20% of the variance (considerably more than family environment explains in most studies). The birth cohort change in anxiety is so large that by the 1980s normal child samples were scoring higher than child psychiatric patients from the 1950s (Levitt, 1959). In both studies, anxiety levels are correlated with low social connectedness and high environmental threat; economic conditions do not explain the rise in anxiety, even among the socioeconomically diverse samples in Study 2."

From this Quartz article:
https://qz.com/642351/is-the-way-we-parent-causing-a-mental-health-crisis-in-our-kids/ 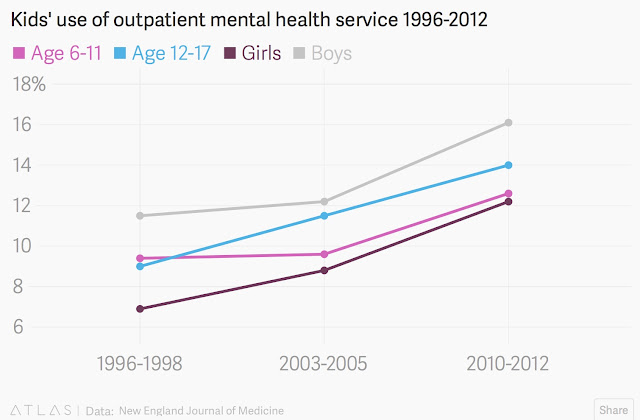 Another chart from that Quartz article. 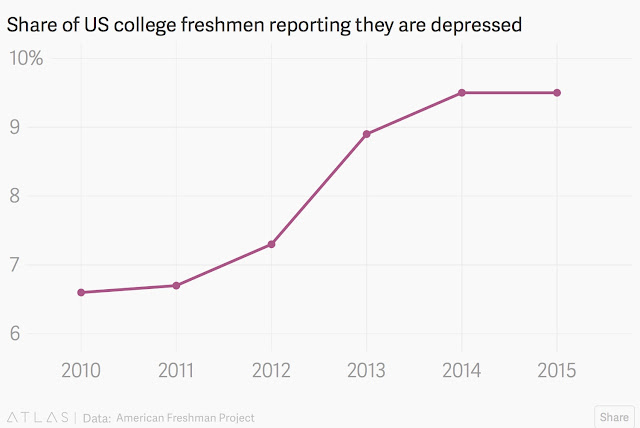 New England Journal of Medicine article on Medication.
Source: Trends in Mental Health Care among Children and Adolescents by Olfson, Druss, and Marcus (2015) 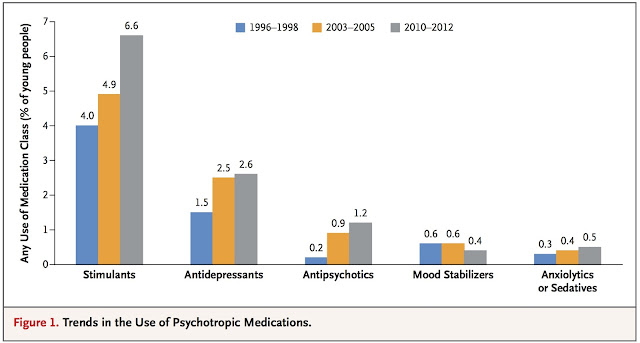